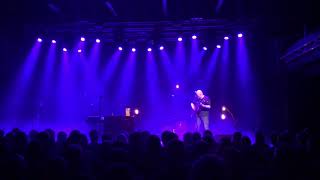 New Year - New Music! I’m putting out a single ‘I Love You Too’ (No, not the band) on St Valentine’s Day, and a new album called ‘Woodstock’. It will be launched at the Belfast Nashville Singer Songwriter Festival on 9th March. But in the meantime… I’m warming up with two gigs on 4th & 5th Jan! I'll be playing old favourites (check out via Spotify) and some of my new songs which will be on my next album 'Woodstock'. I'm really looking forward to these two upcoming Adventurers
46 views0 comments
Joby Fox

31 years ago when I was signed to MCA Records and about to release the first album with Energy Orchard I received a phone call from a couple of local community workers in West Belfast. Those were some of the darkest days of the conflict, traditionally known as the Troubles. These activists wanted to change events on the ground and to help, particularly the youth, to have a focus other than to riot on the streets. We played the first West Belfast Festival - at considerable ris
38 views0 comments 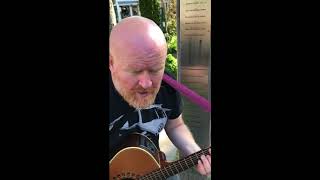 I was recently in Woodstock USA where I started to write and record my second album. I had a lot of stuff written already but I wanted to take a few weeks in the Catskill Mountains to hook up with my old friend Steve Earle and some jazz heads that I know from that part of the world. The craic was good. I did an open mic to try out a few new tunes. That was great fun, in The Colony, the great venue in the famous Woodstock, NY. Peace & Love. We were also laying down some prepar
26 views0 comments

Engineers Without Borders talk in Cork

I’ll be doing a few tunes and a talk at Engineers Without Borders tomorrow night at Cork University. I’m looking forward to seeing my good friend Rachael Sherlock who is a force of nature and does some amazing work. Also looking forward to see my friend Sam Jones who is one half of the Betweenlands team that made the BBC documentary “The Crossing “ about the emergence of Refugee Rescue and it’s work in the refugee crisis in Lesbos. If you are in Cork look me up pilgrims!! #Co
6 views0 comments

Going to India to study music

I am going to India tomorrow, 2nd Jan. I won an Arts Council NI bursary for a month in an artist retreat with the Shruti Foundation in Rajasthan. I will be immersing myself in my music and that of Indian folk music. My work with the Orchestre des Refugies et Amis has brought me into contact with many wonderful flavours of “world music”. Thanks to Darren Ferguson from Beyond Skin I got to work with the wonderful Amita Ravikiran from India who now lives in Belfast. I’m very in
65 views0 comments
bottom of page